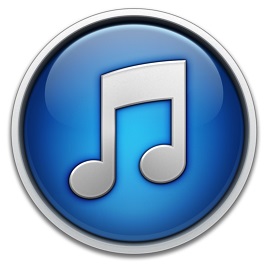 We continue today with the next batch of 10 artists, with the 2 tied for 69th place followed by the single artists at 68th through 61st.

The six-time Grammy Award winners see a 110% increase in plays over the past 4 years, moving up 5 spots.

The one-time backup singer for Michael Jackson jumps 12 spots after adding 69 additional listens to the 8 songs I’ve listened to in my collection.

The composer of some of the most popular and recognizable film scores in cinematic history, including the Star Wars and Superman series, picks up 62 new listens over the last 4 years.

The inspiration for the musical Jersey Boys drops 10 spots after gaining a mere 46 new plays.

The California-based rockers, who I saw briefly at Lollapalooza back in 2016, increase their plays by 117% over the last 4 years.

Today, we wrap up the first three quarters of the chart,  with the 9 songs with 39 and 40 plays, according to my iTunes stats dating back to late 2007.

A small slip in the rankings for this entry from Once More With Feeling, where we learn the truth behind the evil that is bunnies.

The second hit from Toad the Wet Sprocket, which also appeared on Volume 8 of my mix tapes.

A strong rise in the rankings for the theme song from the FOX comedy about young Eric Foreman and his group of friends in 1970s Wisconsin.

An impressive debut for the 2005 Grammy Award winner for Best Rap Performance by a Duo or Group.

A big jump for this tribute to former lead singer Bon Scott, who had died during the songwriting for the album.

An eclectic group of musicians as we continue our march towards the top of the charts.

A 16 spot drop for the Atlanta-based rapper, despite 20 additional listens to his 3 songs over the past 3 years.

An impressive debut appearance, thanks mostly to their inclusion in last year’s road trip mix to placate Val.

The comic makes his debut thanks to the tracks from his first album.

The former organist for the White Sox drops 19 spots due to the removal of her final performance of Take Me Out To The Ballgame from my victory playlist.

22 new listens for the former members of New Edition cause them to drop 10 spots in the rankings.

A 10 spot leap for the California-based rockers due in part to 32 new listens over the past 3 years.

My latest desktop computer arrived in late 2007, at which point I transitioned all of my music off of my laptop. 2 iPods, 3 iPhones, and an iPad later, that computer is still my main repository of music, with iTunes updating its stats every time I listen to something.

Having already gone through cassette tapes and CDs, and digital music, it’s time to roll everything up with the Top 200 albums whose songs I’ve listened to as of September 2014, according to iTunes. Today we continue climbing up the list and look at the 6 albums tied for 158th with 26 listens.

#158: TLC – Ooooooohhh…On The TLC Tip
iTunes stats: 26 plays
3 songs make up this total for TLC’s debut album, which I remember getting at Musicland along with Toad the Wet Sprocket’s Fear.

#158: Republica – Republica
iTunes stats: 26 plays
Only 2 songs make up this total for the band from Windsor.

#158: The Beatles – With The Beatles [2009 Stereo Remaster]
iTunes stats: 26 plays
This album, and all of the Beatles albums, would be much higher, but I lost all of the old counts for their albums when I upgraded to the remastered versions in 2009.

Monday had me chained to a chair doing mindless, repetitive work all day, so I pulled out my phone and listened to some tunes.  This list is the music that got me through the drudgery of that day.

A little more than a week ago, I upgraded my phone from the iPhone 4S to the newly released iPhone 5S.  The biggest difference, aside from a slightly bigger screen, is the jump from 3G (or 4G, if you believe AT&T’s hype) to LTE.  I had the 4S for a little under 2 years, and in that time, we traveled the world together (well, at least going back to the UK) and have listened to a lot of podcasts and music. Here is every song (all 2079 of them) I’ve listened to on the phone, with some (ok, very little) bonus commentary.  Godspeed.

You would hope that these numbers would have been higher, but this past season’s miserable performance by the White Sox has put the songs on their playlist out of mind more often than not.

My latest desktop computer arrived in late 2007, at which point I transitioned all of my music off of my laptop. 2 iPods, 2 iPhones, and an iPad later, that computer is still my main repository of music, with iTunes updating its stats every time I listen to something.

Having already gone through cassette tapes and CDs, and digital music, it’s time to roll everything up with the Top 100 artists that I’ve listened to as of 8/21/2013, according to iTunes. Today we look at the the the next batch, numbers 62-70, which includes a few actors that appeared on a certain soundtrack.

The amazing actress makes the list thanks to her work on the soundtrack to The Muppets.

The Tempe, AZ band makes the list thanks to 5 different tunes, mostly from their debut album.

Another Hollywood type makes the list thanks to The Muppets.

The Atlanta-based rapper uses three songs, each with over 10 plays, to make up his total.

The former members of New Edition went off on their own and used 3 songs to make it to this position on the list.

END_OF_DOCUMENT_TOKEN_TO_BE_REPLACED

Nothing like a 2+hour commute to kick off a weekend.  After finishing off the last 20 minutes of an episode of the Adam Carolla podcast, it was time for some rock and roll to get me home.  Here is that rock and roll. 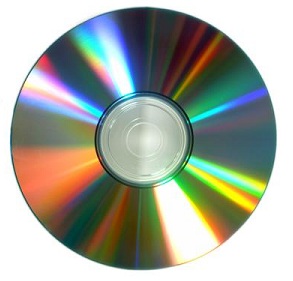 After my tape deck crapped out in 1997, I was stuck listening to either the radio or full albums in whatever order the artist intended.  That all changed in 2001, when the new-fangled MP3 technology got combined with my new CD burner.

This was the last CD of psudeo-new music that I burned.  Fall of 2005 was consumed with other activities and that Christmas, I got a Sirius satellite radio, at which point I pretty much stopped using the CD player in the car.  In fact, the CDs that were in the 5 disc changer at the time stayed there untouched for so long that, when I tried to put in something different, the new discs wouldn’t work.

Tom Petty – I Won’t Back Down

I just now realized that this was from Tom Petty’s solo album and was not a Heartbreakers track.

Foo Fighters – Best Of You

The latest from the Foo Fighters was the first single from In Your Honor.

The less successful follow up to the monster hit Let’s Get It Started.

Def Leppard – No Matter What

A cover of the old Badfinger song done as a bonus track for their latest best-of release.

The Grammy winner for Best Rap single of 1991.

The debut single for the seminal American punk band.

Spent three weeks atop the Billboard Hot 100 charts in August of 2004.

The latest single from Weezer was the first from their fifth album.

The McCoys – Hang On Sloopy

This is the official rock song of the state of Ohio.

END_OF_DOCUMENT_TOKEN_TO_BE_REPLACED

After my tape deck crapped out in 1997, I was stuck listening to either the radio or full albums in whatever order the artist intended.  That all changed in 2001, when the new-fangled MP3 technology got combined with my new CD burner.

So, we skip ahead to 2005 with this entry.  Perhaps nothing interesting happened in music in 2004.  Along with a couple of television theme songs, we have new music from Snoop Dogg, Tegan and Sara, and Garbage.

Letters To Cleo – Here And Now

The biggest hit for the Boston based band.

Andy Partridge – I Wonder Why The Wonderfalls

The theme song to the short-lived Fox show Wonderfalls.

The staple of classic rock stations in the late 80s and early 90s.

The first song from Snoop Dogg that I’ve liked since his debut album.

AC/DC – For Those About To Rock (We Salute You)

I suppose we have Artie Lange and the Howard Stern Show to thank for the inclusion of this classic.

The latest release from the Champaign-born rapper.

The PC version of the ubiquitous hit that introduced the Black Eyed Peas to a mainstream audience.

The Dandy Warhols – We Used To Be Friends

The theme song to the wonderful Veronica Mars program.