After a tumultuous 38th season of Jeopardy! that saw the initial choice to replace Alex Trebek removed after a week due to a scandal related to inappropriate comments he had made on an earlier podcast, the producers decided to keep their current jury-rigged hosting situation as is.  Sony Pictures Television has signed both Mayaim Bialik and Ken Jennings to long-term deals that will see the two continuing to split duties on the syndicated game show, while Bialik will continue to host primetime editions of the show as well as the new Celebrity Jeopardy! slated for ABC this fall.

With more versions of Jeopardy! on the air than ever before, and with Bialik continuing to star on Call Me Kat, which has been picked up for a third season, producers felt that multiple hosts would be needed to handle the load.  The search for a new host has been a laborious one, with a parade of celebrity guest hosts completing the show’s 2020-2021 season following Trebek’s death to the naming of Mike Richards as the permanent host before that imploded.

Ten years after their last expansion that left the Big Ten Conference with fourteen teams, the league grew again this week when news broke that USC and UCLA, formerly of the PAC-12, would join the conference on August 1, 2024.  The move extends the reach of the Big Ten from the Atlantic to the Pacific and follows the expansion of the SEC last year by adding Texas and Oklahoma.

For the Big Ten, the benefits are obvious.  First, in keeping up with the SEC, they show they are serious about competing for championships in a future of super-conferences.  Adding traditional powerhouses in high revenue sports, USC for football and UCLA for basketball, also gives the conference an added boost in media rights, with their next deal expected to surpass $1 billion.  Another bonus, and huge revenue generator, is the opportunity to expand the reach of the Big Ten Network into southern California and the nation’s second-largest market.

For USC and UCLA, the benefit is mostly money.  In 2019, the last pre-pandemic season, the PAC-12 dispersed approximately $33.58 million to its member schools.  The Big Ten schools, however, took in $54.29 million.  By the end of this decade, that number is expected to be $100 million.  In that regard, the PAC-12 just could not keep up.

The downsides for both sides include increased travel times and costs, though that is expected to hit the two Los Angeles-based schools harder as they will have more frequent travel to the far reaches of the conference.  With the additional time comes increased time missed in the classroom, which will impact the non-revenue generating sports harder.  The biggest loser in this agreement may end up being the Rose Bowl, the traditional New Year’s Day meeting ground between the Big Ten and the PAC-12.

Logistically, this means Purdue will most likely move to the East division in football, helping to maintain their yearly battles against Indiana but also ensuring more games against Michigan and Ohio State, making their road to a bowl game more difficult.  Sixteen teams may also force the introduction of divisions into the basketball ranks as well.

Is this the end?  It seems unlikely, as this move will cause ripples throughout the NCAA.  With more consolidation into fewer elite conferences, good schools in the remaining conferences, like the rest of the PAC-12 and the ACC, for example, may start looking for new landing spots.  Notre Dame may see that, with many of their traditional rivals now located in one conference, their desire to stay independent will start to wane.  Only time will tell where this eventually ends up.

For the second time, Brooklyn Nine-Nine has reached its end of shift.  In 2018, FOX cancelled the show after five seasons, but it was saved by NBC.  Last fall, the squad of the Nine-Nine wrapped up their eighth and final season.  After the turmoil of 2020, with police forces around the country being called to task for their mistreatment, the cast and crew found it difficult to continue telling funny stories about the police without addressing the controversies.

Airing from September of 2013 through September of 2021, the show ended up putting together an impressive run of eight seasons and 153 episodes.  It leaves a pretty big hole in the comedy landscape.

After four seasons spread out across five years, Ozark wrapped up its run on Netflix earlier this year following the April release of the second half of season four.  The series has received a total of 32 Emmy nominations, including two Best Supporting Actress in a Drama Series wins for Julia Garner in 2019 and 2020.

The ending was ambiguous enough that, in this world we live in now where no show is ever truly over, it could pick up again down the line in any number of ways.  The one disappointing thing about the ending was how the story of Ruth was wrapped up.  I wanted better for her.

After six seasons, one on CBS and five on the CW, Supergirl wrapped up its run last November.  I’m not quite sure how, as I’m a bit behind in my watching, but I’ll get to it eventually.  Along with the cancellation of Legends of Tomorrow and Batwoman, the remains of the Arrowverse gets smaller and smaller on the CW.

Cancelled by Netflix after only one season, Archive 81 was a horror show about a video archivist hired by a mysterious company to restore video footage of grad student Melody’s documentary project on an apartment building that burned down.  As he restores more of the footage, he finds himself not only drawn to Melody, but interacting with her.   Despite good reviews and an ending setting up a second season, Netflix chose not to move forward.

After two mini-seasons on NBC. Mr. Mayor was cancelled this past May.  Created by Tina Fey and Robert Carlock, following their Netflix hit Unbreakable Kimmy Schmidt, the show starred Ted Danson as the newly elected mayor of Los Angeles, trying to impress his teenage daughter while dealing with a staff of characters.

Following his starring turn on The Good Place, Danson put on a good performance here, and the show overall was enjoyable.  However, I don’t know if network television is the place for shows as absurd as this one.  I can understand why Fey and Carlock would want to work with NBC, their longtime home from their SNL and 30 Rock days, but they may be better served sticking to streaming services, where shows like this can be a hit without needing the mass appeal that their inherent absurdity drives away.

I’m sure the cast will move on to other projects.  Bobby Moynihan showed some pretty good chops outside of the confines of SNL.  Vella Lovell is also someone I look forward to seeing more of in the future.

After eight successful seasons, Black-ish aired its final episode in April, going out with a creative renaissance fueled, I assume, by the knowledge that this was their last go-around.  Debuting in 2014, the show has bounced back and forth between Tuesdays and Wednesdays on ABC’s lineup, never a huge hit, but always delivering quality laughs.

I assume the cast, especially the younger actors, will go on to other projects where they will continue to make a stamp on Hollywood.  Anthony Anderson has already shown up starring on the re-booted Law & Order.  Marcus Scribner will be joining the spinoff Grown-ish for its fifth season.  Marsai Martin, still only 17, has already started producing movies and is well on her way to becoming a mogul in her own right.

After seven seasons, the weird little corner of the CW’s Arrowverse known as DC’s Legends of Tomorrow was cancelled in April.  Originally meant as a starring vehicle for Arthur Darvill, the show quickly outgrew its original premise and embraced its weirdness.  With approximately 22 main characters coming and going over the seven years, the show was always able to move characters in and out as the story required, or as the wants of the cast required.  I honestly doubt we ever see a show quite like this survive for as long again. 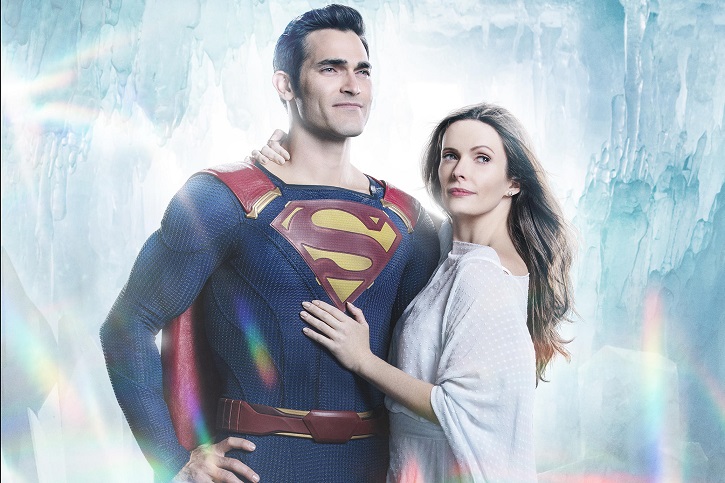 It’s a year of change at The CW, which has reduced the number of series it will air this upcoming season in anticipation of being sold.  Monday stays the same with the returning All American followed by its spinoff All American: Homecoming.  Tuesday is all new, with the Supernatural prequel The Winchesters leading off the night followed by Professionals, an international collaboration starring Tom Welling and Brendan Fraser.

Stargirl moves from summer to the fall to anchor Wednesday night, followed by Kung Fu.  Walker continues to lead-off on Thursdays followed by a new spinoff, Walker Independence.  Friday and Saturday remain reality-heavy, with Penn & Teller: Fool Us followed by an hour of Whose Line Is It Anyway? and then Magic With The Stars followed by a double dose of World’s Funniest Animals.  The Sunday night offerings are Family Law, starring Jewel Staite as a highly-paid personal injury lawyer, and Coroner.

Waiting in the wings for midseason are the final seasons of Riverdale and The Flash, along with Nancy Drew, Superman & Lois, and new shows Gotham Knights, where Bruce Wayne’s son is charged with murdering Batman, and Recipe For Disaster, a reality cooking show.

Lost to the sands of time are DC’s Legends of Tomorrow, Batwoman, 4400, Charmed, Dynasty, In The Dark, Naomi, Roswell, New Mexico, and Legacies.