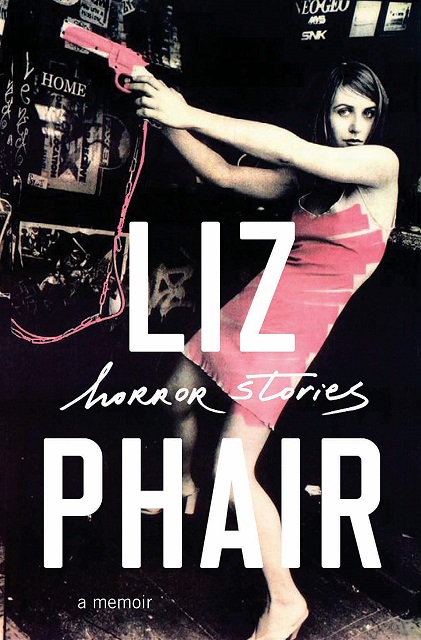 Liz Phair, who entered the public consciousness in 1993 with the release of Exile In Guyville, brings us her first memoir, a collection of essays detailing events in her life from childhood to the present.  I’m sure there’s an audience out there that will appreciate this, I sadly am not part of it.

Phair has been a favorite since I discovered her on an episode of 120 Minutes way back when, so I was excited to read what she had to say.  While I certainly wasn’t expecting a rock-and-roll tell-all of the alternative music scene of the 90s, I was expecting something other than what we got: a lot of naval gazing and apologizing for the alleged indiscretions of her youth, which she’s woke enough to recognize, but never actually atone for.  Rumor has it that she had signed a two book deal with Random House.  If that’s the case, odds are that I’ll be giving the next one a pass.

Felicia Day returns with Embrace Your Weird, a self help book aimed at getting readers to overcome their fears about being creative and completing something (anything).  Aside from Day’s personal anecdotes and self-learned wisdom, she provides numerous exercises intended to nurture each reader’s unique, creative voice. If I was looking to expand my creative activities, I could see myself partaking of the activities and having them make a difference in my ability to move forward.

More important than the book itself was the opportunity meet Felicia Day at an event put on by the good folks at Anderson’s Bookshop.  Unlike the previous events they’ve put on that I’ve attended, this one included the opportunity for a photo with the author.  I’ve been a fan of Day’s since her appearances as one of the potential slayers in the final season of Buffy the Vampire Slayer, so getting the opportunity to shake her hand and exchange some small talk in exchange for a photo was well worth the drive out to Naperville on a rainy Saturday afternoon.

The 2010s have drawn to a close and its time to take a look back at the previous decade. Today, we move on to books, specifically the 229 books I read between 2010 and 2019. This decade coincides completely with my starting the 52 books in 52 weeks challenge, which I have never really come close to completing.

152 different authors contributed to the books I’ve read this decade, 35 of which I’ve read multiple times.  The ghost writer for Richard Castle leads the way and is the only author I read more than 10 offerings from over the last 10 years.  The most surprising entry is Erle Stanley Gardner, who passed away in 1970. END_OF_DOCUMENT_TOKEN_TO_BE_REPLACED 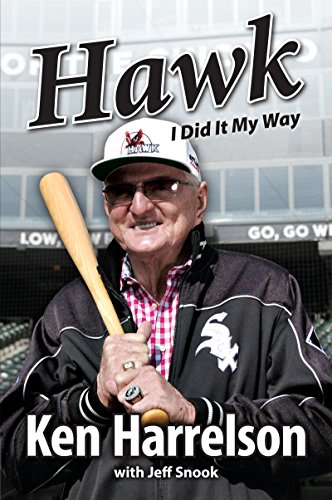 Hawk: I Did It My Way – Ken Harrelson with Jeff Snook

As his broadcast career was winding down, Ken Harrelson decided to move his stories to a different medium, looking back at his life and career in Hawk: I Did It My Way.  He chronicles his life, from being born in South Carolina and raised in Savannah, Georgia, to the minor leagues, the big leagues, the PGA tour, and, eventually, the broadcast booth.  Harrelson has crossed paths with everybody who was anybody, from his former A’s boss Charlie O. Finley to Arnold Palmer to Frank Sinatra to, as you may not have known, Carl Yastrzemski.

While Harrelson’s exploits during his playing days and his attempt to make it as a professional golfer offer interesting stories, its his time as a broadcaster that was most appealing to this White Sox fan.  Originally hired in 1982, along with Don Drysdale, to replace fan favorite Harry Caray, Harrelson spent 32 years broadcasting for the White Sox, with a break after his ill-fated tenure as the team’s general manager in 1986.

If anything, I would have liked to hear more about that season.  Harrelson did go over some of the moves that he made, including firing Tony LaRussa and trading Rule 5 draft pick (and future star) Bobby Bonilla back to the Pirates, but there were other controversies that went untouched, like moving Carlton Fisk to left field.  In fact, given how often the two must have crossed paths between Boston and Chicago, there is only one mention of Fisk at all, a throwaway tale from spring training in the late 60s where Hawk and Yaz quipped that he’d never make the big leagues.

This is a must read for any White Sox fan, regardless of your thoughts on Harrelson.  He was the voice of the team for a generation and his stories offer a unique insight in to one of the most successful eras in White Sox history.

A new year is once again upon us, and it is time to start the second decade with the goal to read an average of a book a week for the entire year, totaling 52 books in 52 weeks.

In year one, I only managed to finish 8 books.  Year two doubled that total.  Year three used a few graphic novels to improve once again, finishing with 24.  Year four was the first where I dropped from the year before, only finishing 18 books, which was well short of the ultimate goal.  Year five, I bounced back to finish with 23 books.  Year six, I had my best year since starting this challenge, not to mention my best reading year ever, finishing with 31 books.  In year seven, I matched that high point in total books, though far surpassing it in total pages read thanks to reading the entire Harry Potter series.  Three years ago, I dropped back down to 28.  Two years ago, I finished with my lowest total since 2014, finishing with only 22 books. Last year, I managed to up my total back to 28.

I’m going to give it another go this year.  I’ve got plenty of new books stocked up in the Kindle app on my iPad, not to mention one or two birthday and Christmas presents, so I’ve got a good pile to start with.  As a reminder, the rules I am using are:

My first book of the year looks like it will be an autobiography of 2020 Ford C. Frick Award winner Ken Harrelson.  All told, 2020 should be another good year.

Once again, a majority of the books I read this year were by authors I’ve never read before. The 15 authors that I read for the first this year were:

Jeffery Deaver and Karin Slaughter were the only authors that I read multiple titles from during 2019.

5 of the books I read were released this year, while 5 of them were released last century, with the oldest first published in 1934.

Finally, the breakdown by month.  My vacation to Hawaii in February and being off in December certainly helped pad its totals a tad bit.

END_OF_DOCUMENT_TOKEN_TO_BE_REPLACED

Everything is Horrible and Wonderful: A Tragicomic Memoir of Genius, Heroin, Love, and Loss – Stephanie Wittels Wachs

Nell Zink’s fifth novel, Doxology, is basically two inter-connected stories with a tragedy separating them.  The first half is the tale of a punk adjacent couple and their friend who somehow becomes a pop sensation.  When the World Trade Center is attacked on 9/11, the couple bring their daughter to Washington DC, leaving her with her grandparents, and the story follows her life, through high school, college, and the 2016 Presidential campaign, which leaves her pregnant and, in a twist of fate, headed back to New York and her parents.

I picked this book up after seeing a review in the Chicago Tribune calling it the “Gen-X novel of the year.”  I don’t know if I’m willing to go that far, but I enjoyed the work.  The first half more than the second, as the story of Pam and Daniel, and how the attacks of 9/11 changed their world, resonated a little more than the coming of age of Flora, who wants to save the world and works for the Jill Stein campaign.  I haven’t come into contact with Zink’s work before this, so I may keep a look out and see what else she has to offer.

The Burial Hour, one of the latest Lincoln Rhyme entries from Jeffery Deaver, puts Rhyme and Sachs on the trail of The Composer, who leads them to Naples, Italy, where they team up with local law enforcement to stop his crime spree.  Of course, once they untangle the case, Rhyme and Sachs take the opportunity to stop in Bellagio and get married.

This marks 9 out of 14 entries in Jefferey Deaver’s series that I’ve read.   I assume I’ll get to those remaining 5, or maybe even some of his other work, at some point.

Way back in December of 2011 (and again in the Decembers of 2013, 2015, and 2017), we took a look at the authors I have read the most, dating back to high school. Since our last check-in, I’ve read an additional 48 books from 50 different authors. There shouldn’t be much movement over the past 2 years, but it’s time to take another look and see if my “favorite” authors have changed much in that time span. Once again, we will be limiting ourselves to the now 70 authors from whom I have read more than one book.

Nancy Holder adds 1 new book over the past 2 years to maintain her lead.

The writer (or writers) using the nom de plume of the main character from the television show Castle sees a slight increase, despite the show being off the air for well over 3 years now.

Very little movement in the next tier the past 2 years.

We round out the double digits with Deaver, who will be going up again soon, as I’m currently reading one of his books. END_OF_DOCUMENT_TOKEN_TO_BE_REPLACED