After dropping two in a row to the Angels, the White Sox righted the ship last night by routing the Rangers 8-0 in their first game at Globe Life Field.  In New York, the Yankees, fighting for a Wild Card spot, dropped the Indians by the same 8-0 score.  Combined, those two games dropped the White Sox magic number to 5.

With Tim Anderson and Lucas Giolito coming off the IL yesterday, the White Sox shellacked the Angels 9-3 last night.  Meanwhile, in Cleveland, the soon-to-be Guardians split a double header with the Twins.  Those two events lowered the White Sox magic number to 7 with 3 weeks remaining in the season.

Thanks to a walk-off home run from Leury Garcia and yet another Cleveland loss to the Brewers, the White Sox saw their magic number drop to 9 this afternoon.

In 1929, uniform numbers appeared on the back of baseball jerseys for the first time, thanks to the Indians and the Yankees.  By 1937, numbers finally appeared across all uniforms, both home and away, across both major leagues.  Since that time, 81 distinct numbers have been worn by members of the White Sox, while the Cubs boast 76.

Today, we continue our look at those players, picking our favorite, if not the best, player to wear each uniform number for both Chicago teams with #39.  77 different players have donned #39 while playing in Chicago, 31 for the White Sox and 46 for the Cubs.

First acquired in 1989, Roberto Hernandez, donning #39, made his major league debut on September 2, 1991, getting the start and going 7 innings for the victory in the White Sox win over the Royals.  He appeared in 9 games in the final month of the season, making the only 3 starts of his career, and finished the year with a 7.80 ERA.  In 1992, Hernandez split the year between Triple A and Chicago, eventually supplanting Bobby Thigpen as the team’s primary closer.  He finished the year with 12 saves and a sparkling 1.65 ERA.  Hernandez had another great year in 1993, saving 38 games in 70 appearances with a 2.29 ERA as the White Sox won their final AL West title.  During the ALCS against the Blue Jays, Hernandez threw 4 scoreless innings in 4 appearances, earning 1 save.

In the strike-shortened 1994 season, Hernandez struggled.  His ERA jumped to 4.91 and he saved only 14 games before the season ended on August 12, despite leading the league in games finished.  When baseball returned in 1995, Hernandez bounced back somewhat, once again leading the league in games finished and lowering his ERA by nearly a full run to 3.92.  1996 was a true return to form for Hernandez.  He led the league in games finished for the third straight year and lowered his ERA by 2 full runs to 1.91.  He earned his first All Star selection and, with 38 saves, finished 6th in Cy Young Award voting.  Hernandez was well on his way to another strong season in 1997, with 27 saves and a 2.44 ERA, when he was included in the infamous White Flag trade on July 31, joining Wilson Alzarez and Danny Darwin in going to the Giants for the collection of Brian Manning, Lorenzo Barcelo, Mike Caruso, Keith Foulke, Bob Howry, and Ken Vining.

On the other side of town, Andrew Chafin wore #39 for the 11 months he was a member of the Cubs.  Acquired on August 31, the trade deadline of the shortened 2020 season, Chafin pitched in 4 games over the final month, posting a 3.00 ERA and retired the only batter he faced in the Wild Card series against the Marlins.  In February, Chafin re-upped with the Cubs and became sort of a cult hero.  On June 24, he was part of a combined no-hitter against the Dodgers.  In 43 appearances for the Cubs in 2021, Chafin recorded a 2.06 ERA with 37 strikeouts in 39.1 innings of work before being traded to the A’s on July 27th.

Despite dropping a winnable game to the Red Sox last night due to some questionable managing decisions in the 10th inning, the White Sox saw their magic number drop to 11 thanks to the Brewers no-hitting the Cleveland baseball club, the fourth time this season they have been held hitless.

The White Sox jumped out to a 4-0 lead against the Red Sox tonight, thanks in part to a 3-run homer from Jose Abreu, and held on for a 4-3 victory.  Meanwhile, the Brewers used a 6-run 5th inning to power past the Cleveland ballclub 10-3.  Combined, those two efforts drop the White Sox magic number down to 12.

A disappointing, if misleading, week, thanks to some unforeseen circumstances.  The week got off to a strong enough start on Sunday, as the White Sox and Cubs wrapped up their crosstown series at Guaranteed Rate Field and I finished 11 steps shy of 5500.  Monday, I brought my car in for service (this will become important later) and ended the day with 3900 steps.  Tuesday was a bit worse, as I came in with 2500 steps.  Wednesday, with my Fitbit charger still in my car from vacation, my battery died overnight, leaving me with only 86 steps.  I got my car back on Thursday, letting me recharge and capturing 2200 steps once that was complete.  Friday continued the disappointment, finishing 9 steps shy of 3800 while Saturday was a near duplicate, with 13 steps over 3800. 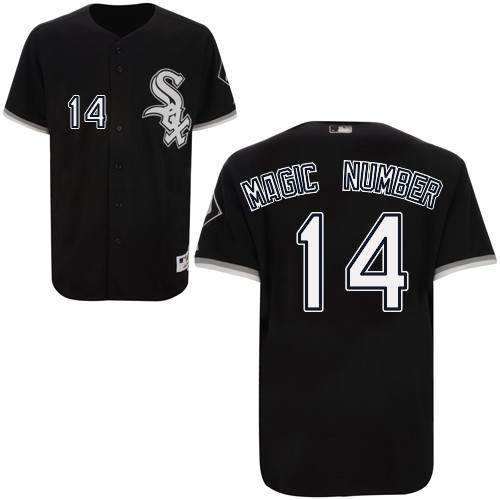 Despite their 5-1 loss to the A’s last night, the White Sox saw their magic number drop to 14, thanks to the Twins once again defeating Cleveland by a score of 3-0.  If the White Sox were to continue playing .500 ball for the remainder of the season, Cleveland would need to win out in order to catch them.

On Tuesday, with the White Sox magic number sitting at 17, the team sent out post-season invoices to their season ticket holders for the first time since 2012.  For the low, low price of $1640, I will receive 2 tickets to a potential Wild Card game (which, if that is needed, something is wrong with this world), 3 potential Division Series games, 1 Championship Series game, and 1 World Series game, along with parking for all games.  My seats are actually better than my normal seats, one section over in the same row and seats better aligned to my needs.

Thanks to the White Sox 6-3 victory over the A’s, earning Jimmy Lambert his first career win, and the Twins shutting out the Cleveland baseball team 3-0, the White Sox magic number drops two to 15.